Help Chris Get to World Championship In USA 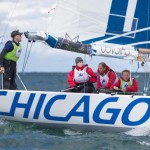 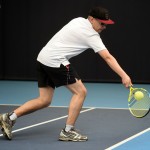 David Deas was one of six tennis players to be selected for the Great Britain team to contest the International Blind Tennis Tournament in Spain in May.Ai?? They formed the first ever visually impaired team to represent the nation on the international stage.

The team was managed by the Tennis Foundation, Great Britainai??i??s leading tennis charity, and travelled to Alfaz del PAi?? on the Costa Blanca, Alicante for the tournament.

The Team consisted of three male and three female players ai??i?? one from each sight category B1, B2 and B3.

12 countries took part in the competition which lasted a week in total.

David won his first 3 matches, all with a score of 4:0 and progressed to the quarter-finals.Ai?? Unfortunately, he was then knocked out at the quarter-final stage by a player from South Korea.

He was a little disappointed not to have progressed further in the competition but thoroughly enjoyed the experience.

With ambitions to become a Paralympic sport in the future, the visually impaired version of tennis is adapted from the full court version to a smaller court, with a lower net. It also uses an audible ball so players can hear it bounce and being hit, and, depending on an individual’s sight level, they can also be allowed up to three bounces before they must return it back to their opponent.

This website uses cookies to improve your experience while you navigate through the website. Out of these, the cookies that are categorized as necessary are stored on your browser as they are essential for the working of basic functionalities of the website. We also use third-party cookies that help us analyze and understand how you use this website. These cookies will be stored in your browser only with your consent. You also have the option to opt-out of these cookies. But opting out of some of these cookies may affect your browsing experience.
Necessary Always Enabled
Necessary cookies are absolutely essential for the website to function properly. This category only includes cookies that ensures basic functionalities and security features of the website. These cookies do not store any personal information.
SAVE & ACCEPT